The Huawei Mate 9 is a fantastic device, but it's not without its share of issues. Users have reported problems with the touchscreen responsiveness, volume control, battery drain, notification delays and third-party launchers. If you've experienced any of these, we've got you covered.
Post Views: 80
PrevPrevious
NextNext

Some users have reported issues with their Mate 9’s touchscreen. Namely, the display is unresponsive or registering taps unnecessarily on the right and left sides. Luckily, this annoying issue has been fixed by a software update that rolled out last December. If you’re still experiencing the problem, make sure you’ve got the latest software update by going to Settings > About phone > System updates.

If you’re listening to music on your phone, you expect to be able to control the volume using the buttons on the side when the screen is locked. But, users report that their Mate 9 requires you to unlock the screen to adjust the volume. For some reason, this happens when using Spotify or some other music apps. This issue may be addressed in the future with a software update, but for now, the solution is more of a workaround. Huawei has told Digital Trends that only two apps are supported: Huawei Music and Google Play Music. That’s bad news for Spotify users, who will have to switch apps, but at least there’s some way around this problem.

From the lock screen (left), you should be able to adjust volume for Huawei Music (middle) and Google Play Music (right) with the Mate 9’s buttons. / © NextPit

Users have reported that, in spite of the Mate 9’s good battery life, their particular devices are draining battery at an unusual rate and even overheating in some cases. Huawei told Digital Trends that is plans to provide enhancements to fix these issues in a future update, so make sure you’ve updated your software. If that doesn’t fix the problem, check to make sure your apps are optimized. Go to the Battery section of your Mate 9’s Settings, the go to the Battery usage details page to find out if any apps are taking up too much battery. If there’s an app that’s behaving strangely, get rid of it, or simply update it to try to fix the problem. Also, you’ll want to use the Mate 9’s Optimise tool to make your battery last longer.

In the Battery section of Settings, you can view usage details and optimize power-consuming apps. / © NextPit

Particularly bothersome for those that like to use custom launchers like Nova, the Mate 9 tends to revert back to the default EMUI launcher whenever an app is closed. That means, the only way to get the alternative launcher to work is to re-enable it over and over again. There are some workarounds when you want to use third-party launchers, but they’re not perfect. You can try locking your launcher to the Recent Apps list by going to the Recent Apps’ Settings menu and tapping the lock icon for the launcher – after you’ve recently opened it of course. You can also try disabling Bluetooth on the device, or enabling the ‘aggressive desktop’ feature of launchers like Nova to see if that helps.

A lot of users, as evidenced by this dramatically long XDA Developers forum thread, haven’t been receiving app notifications as they should. They’re either not getting them at all, or they’re delayed, though the badges still appear on the app icons on the home screen. An update was released to fix this problem, but if that doesn’t quite do it for you, there’s more you can do. Check to be sure that Do Not Disturb is disabled. Next, try going to the Phone Manager app, then to the Mobile Data section. Once there, scroll down to the bottom and tap Data Saver. Then you can allow unrestricted data access to specific apps which you want to get notifications from that require a data connection (like email or WhatsApp).

In the Phone Manager app, you can allow particular apps to use data so notifications aren’t delayed. / © NextPit

Have you been experiencing any other issues with your Mate 9 that we can help you with? Did these solutions work for you? Let us know in the comments! 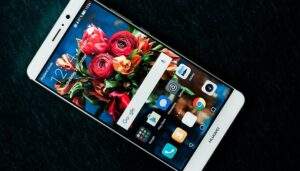