OnePlus 5 users started reporting problems just days after the phone was launched, including an issue with jelly scrolling which OnePlus deems 'natural'. OnePlus has done several updates so far (including one at the launch), but it's not over yet.
Post Views: 69
PrevPrevious
NextNext

A potentially dangerous bug has been found in the OnePlus 5. Multiple users in the US and UK have taken to Reddit to share their issues with the OnePlus 5 rebooting when they are trying to dial emergency services (911 in the US, 999 in the UK). One user even caught video of the bug in action and posted it to Facebook.

Without explaining the cause of the bug initially, OnePlus began rolling out an update to fix the issue. If you haven’t received it yet, you’re encouraged to check for the update in the Settings under System Updates and update your device promptly.

Users had speculated about the reason for the issue and demanded answers from OnePlus, which they have now gotten in the form of a forum post from the company. OnePlus explains that the problem happened whenever users called emergency services numbers which triggered the OTDOA protocol, while on VoLTE. The Observed Time Distance of Arrival protocol is used to determine the location of the phone making the call, using the time it takes for the phone’s LTE signal to reach nearby cell towers. This is obviously helpful in emergency situations. The bug which caused the rebooting was a memory issue in the software and the firmware, in the way the cellular modem communicated with the firmware of the device while getting and sending OTDOA information.

As we said before, the problem has been solved with a software update, so all users should be able to make calls to 911 or 999, whether they’re on VoLTE calling a OTDOA supporting number or not.

In our review of the OnePlus 5, we criticized the software interface and Bluetooth. OnePlus has made efforts to resolve these problems (at least partially), but a new issues has appeared. When you scroll up or down, certain parts of the content (images, essentially) show a lag effect. If you’re not sure what we mean, check out the video in this link which shows the jelly scrolling effect in action.

OnePlus is aware of the jelly scrolling problem, so we were hoping an update would be coming soon to straighten out the issue. However, the company has surprised us by saying this bug is, in fact, not a bug at all: it is “not a QA or manufacturing defect”, which means we shouldn’t wait around for an update to fix it. OnePlus placed the components in the phone in a certain way, which results in the effect – the company considers this “natural”, so the problem is here to stay.

Are you surprised to see a smartphone with problems so soon after its release? What are your thoughts on this? Let us know your thoughts in the comments below. 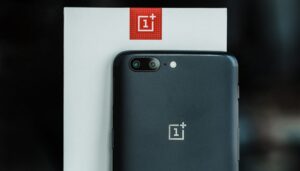