Three ways to mirror your phone or computer on Chromecast

Chromecast is undoubtedly one of the best selling and most popular Google products, not only in the US but worldwide, and its success can be easily explained. It's affordable, easy to install and simple to use. In this article, we'll share with you three simple ways to mirror apps, screens and other backgrounds from your PC or Mac onto your TV.
Post Views: 80
PrevPrevious
NextNext

Using Chrome for PC or Mac: how does it work?

First, make sure you download Chrome for desktop. Since version 62, Chrome offers this feature by default, so there is no need to download an extension like Google cast. So you’ll be ready to mirror sites, any kind of video, photos, and even your desktop

The Cast option should be available in the menu. / © NextPit

If the cast button is missing on your browser, here is what you can do:

Double check that you have the latest version of Chrome

If this is the case, click Settings, locate the Cast option, or select Keep in Toolbar.

If Cast disappeared after resetting your browser, get it back by pinning it to the Chrome toolbar.

Once you’ve found it, click and choose your Chromecast. To mirror your whole desktop, software and anything you’re doing on your computer, click on Cast to and in the menu select source, choose Cast desktop.

Remember, there is a massive selection of video players compatible with Chrome for Android. Just open a video on any website and check to see if the Chromecast icon pops-up. Plus, a little extra tip, to add a Chromecast button shortcut to your chrome extension toolbar, just right-click when you’re hovering over “cast.”

Opera is a browser which has fully-compatibility with Chromecast. To use this feature, you’ll need to download the Developer version and you’re ready to go. Access Opera and download the developer’s version for Windows or Mac. Casting mode is the same as on Chrome, you’ll need to have a YouTube video open, but you can cast your desktop as well.

A lot of people think that Chromecast can only mirror things like YouTube, Netflix, and similar video streaming services. However, you can actually mirror a lot more apps than that onto your TV, like videos roaming around Facebook. I’ve even watched the Super Bowl, live, while it was being streamed on the social network. Spotify’s available too, along with third-party files, like photo galleries, file managers, and music players.

Finally, don’t forget about Google Home, as it’s very useful in controlling Chromecast, allowing you to do things such as changing the format, personalizing it, accessing sales and other features. 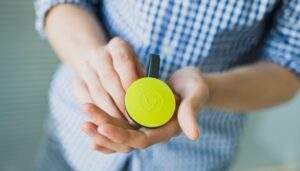