Android 10 for the OnePlus 7 Pro: here are all the new features

HomeAndroid 10 for the OnePlus 7 Pro: here are all the new features© AndroidPIT

Google has already released Android 10 for its own Pixel smartphones, but other manufacturers are also working hard on the next big update for your smartphone. As usual, OnePlus offers a public beta of OxygenOS based on Android 10 for download for users of a OnePlus smartphone who like to experiment. We have it on our OnePlus 7 Pro and show you which new features you can expect from the update.

How to install Android 10 on your OnePlus smartphone

Move the firmware to the root directory using the file manager

Now go to the settings and open System Updates

Click on the gear icon in the upper right corner

Once the update is complete, the phone will restart

What’s new with OxygenOS 10 for the OnePlus 7 Pro

With the upcoming major update of OxygenOS, the OnePlus operating system naturally changes its Android base. With Android 10, Google’s latest mobile operating system will also be available on OnePlus smartphones. In addition to the innovations that Android 10 already brings with it, OnePlus is rolling numerous improvements to its own UI.

OnePlus has always attached great importance on the customizability of its software. From accent colors, different themes and icon packs to different fingerprint sensor animations and lock screen layouts, there is everything your heart desires. It’s just a pity that the different adjustment options were hidden in the submenus of the settings.

With the update to Oxygen OS 10, all options will be grouped under the settings menu called Customization. Completely new are the notification strips in the edges of the display, which can now also be given flashes of color. Whether there will be more than just the four fixed colors (blue, red, gold and violet) with the final update is still unknown.

For those who don’t like dark themes, but want to swipe through the menus of the OnePlus 7 Pro with OxygenOS 10 in a more colorful way, the more color options are now.

OnePlus implemented gesture control as an option in OxygenOS early on, but with the size of OnePlus 7 Pro, gesture control at the bottom of the display is no longer practical. For the upcoming update, OnePlus will extend gesture control over three sides of the smartphone. The usual swiping gesture from bottom to top replaces the Home button. Remaining is the gesture of swiping from bottom to top and then holding for the task switcher. If you now want to take a step back, you can make a lateral swiping gesture in the middle of the display. If you do not want to use this two-dimensional gesture control because you are used to the original OnePlus swipe gestures, you can continue to use them.

With the update to Android 10, Oxygen OS for OnePlus 7 Pro will get a second way to control the smartphone by gesture / © NextPit

OnePlus also introduces the navigation bar familiar from Android 10 and Pixel smartphones. This can also be activated to switch between the apps in the task switcher.

Anyone who has ever played games on a OnePlus smartphone in landscape mode and used gesture control knows one annoying problem with this combination. If you want to get back to the home screen, you had to perform an unusual lateral wiping gesture. OnePlus fixed this with OxygenOS 10.

The most important feature of the OxygenOS 10 update is hidden in the camera app. When taking portraits, you can now choose between the telephoto camera and the normal wide-angle camera. This doesn’t sound too dramatic at first glance, but the fact that the main camera can now be used saves you the proverbial step back when taking portraits. Until now, one had to do this with the OnePlus 7 Pro so that the person you photographed was completely in the picture.

The camera app becomes more comprehensive and flexible. Portraits can now be taken with the standard wide angle or telephoto cameras. / © NextPit

The OnePlus 7 Pro with OxygenOS 10 and Android 10 also becomes more flexible for night shots, because with this update you can take night shots not only with the main camera, but also with the ultrawide-angle camera. We will find out during our full test whether the results will then really be convincing.

After the final and stable version of OxygenOS 10 for OnePlus 7 Pro, we will also test the advanced video capabilities such as seamless zooming across all three lenses and super stabilization. The latter is limited to a maximum resolution of 1080p and is done electronically. There are also innovations in the front camera, because the facial recognition function has a follow-up function, so that the faces are always in focus for selfies.

In addition to these main changes, there are other ‘minor’ and not so obvious changes in OxygenOS 10.

If you use the OnPlus 7 Pro to play a lot of games, you will not only get a game mode with the update, but also a virtual Game Space. All recognized games are stored in this directory and can then be individually configured there.

Game Mode is preceded by a Game Space, which centrally manages all games and their settings / © NextPit

The Zen mode can now be set manually over the default time period of 20 minutes. In addition, 30, 40 or even 60 minutes are available for selection.

This function is particularly practical for users of a Bluetooth headset. If a call comes in on an existing Bluetooth audio connection and you reach for your smartphone to make a classic phone call by holding the phone to your ear, the call is automatically played back on the smartphone. With “Raise and Switch” you save the annoying manual switching between audio output devices.

A feature I already love: Raise and Switch / © NextPit

Android 10 and OxygenOS 10 for the OnePlus 7 and 7 Pro are still in the beta phase. But it is to be expected that OnePlus will release the final version either on October 10 with the launch of the 7T series or shortly thereafter. 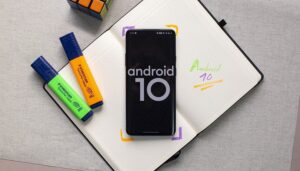