Why you don’t need to clear RAM on Android

A lot of Android users have devices which lack sufficient memory. Some people even install app killers or other RAM management applications in order to create space. But does manual RAM management for Android really make sense?
Post Views: 40
PrevPrevious
NextNext

In a smartphone, like in any computer, there are multiple types of memory. These have varying speeds, different price tags and operate differently. The memory for your internal storage, for example, is slow, cheap and saves data constantly – even when disconnected from a power supply. As a result, this is where apps and app data are stored, as well as photos and videos.

RAM (Random Access Memory) is expensive, but much faster than internal memory. However, it will forget everything if not connected to a power supply. It serves as a type of work surface for your apps – to store the temporary data needed to use the phone.

Android smartphones: you don’t need to clear any memory yourself. / © NextPit

How much RAM do you need on Android?

High-end smartphones like the Galaxy S10 Plus or Huawei P30 Pro come on the market today with 8 GB or even 10 GB RAM, while lower end devices typically sport around 4 GB, with 2 GB devices being phased out of the market. To future-proof for the next few years, 6 or 8 GB should be more than adequate. 4 GB is still fine for most users, but memory may be used up quickly if you run a lot of apps simultaneously or enjoy heavy gaming.

Decent performance cannot be achieved with Android Go and a gigabyte of RAM in the low-end, as our test of the Nokia 1 has shown. Therefore, we recommend having 2 GB of RAM at the very least on any smartphone you purchase, with 4 GB being the more comfortable number for most users.

After a while, your internal memory fills up with the apps you use most often. It then needs to be partially cleared up in order to be able to launch new apps. Your Android system does this automatically – you don’t need to do anything.

This idea that RAM inside Android needs to be cleared manually is a misconception. Emptied RAM would mean that you need to constantly relaunch apps. This would cost time and power, and reduce battery life.

Here are 5 apps you should remove right now

Having full RAM isn’t a bad thing, and is even desired. As Android has its roots in Linux and Unix, the Linux system kernel has set rules for memory management. And these rules follow the philosophy that free internal memory is wasted memory.

If you turn on your smartphone and load a few apps, all of these apps will rest in the memory. If you use an app, switch to the home screen and then return to the app, it will load almost instantly. This is because the app remains in some form within the internal memory. Thanks to this memory, the smartphone processor can run instantly.

But if you had a task-killer app or RAM-economizing feature that constantly closes processes in the background, you would need to wait a long time for Facebook or Whatsapp to load up again. Such RAM management could turn even work to the detriment of powerful smartphones.

Clearing out RAM on an Android: when should you do it?

Considering many smartphone producers have in-built ‘clean up’ functions for existing apps, there may be some truth to this rumor. But in reality, closing an app to save RAM space is only worthwhile in a few select cases.

It’s generally not advised to terminate an app or clear out the entire memory. Nevertheless, there is a situation which requires direct action: when an app has crashed or isn’t functioning as it should. For example, this could be a browser that runs very jerkily or has display errors. Or it could be permanent loading issues with Facebook or Twitter. These symptoms can be very diverse. Even overheating of the smartphone without obvious cause might be due to a crashed app.

Only in such cases does it make sense to terminate the affected app – to perform a force quit. Sometimes it’s enough to swipe away the app in the multitasking view. But this often merely serves as a placebo, whereby we remove the app from the app overview but don’t terminate it.

Multitasking: quitting everything is sometimes only a placebo. / © Screenshots: AndroidPIT

How to display RAM utilization and close apps on Android

If swiping away an app doesn’t help, then you might need to take a tougher approach and close the app manually. This can be done in the settings. Here you can also see which apps are using too much RAM, and which ones to remove in the next app purge.

So, in order to display the amount of RAM used, you need to go into the settings of your smartphone. Look for the apps menu and go to active apps. Since Android Marshmallow, this view has its own entry under ‘Memory’ in the main settings.

Here you’ll see statistics about memory usage in the past hours. Depending on the smartphone, the detailed view may be hidden behind a further menu.

To truly close an app, you need to go into app information. This is usually done by selecting the app in the overview. Here you’ll find the button to terminate the app. It’s often out of your control whether the app then instantly restarts.

Tapping on the individual apps will identify which ones consume the most system memory. Restarting the smartphone can help if the problem persists.

The above list shows how much memory an app needs. This figure can also indicate that an app requires too many resources. There are also alternatives for the same purpose. Among other things, you can uninstall apps that you haven’t used in a long while, or which seem suspicious.

Enter the settings menu in the app or app manager and find the affected app. Simply uninstall the app if its possible to do so. If that doesn’t work, you need to remove the app’s ‘advanced rights’. You normally grant these rights during the installation of the app.

Go to Settings (general) > Security > Device Administrators and remove the check next to the app. You can now uninstall the app.

You can find further tips on uninstalling apps in our comprehensive article: How to get rid of malware on your phoneandroidpit screenshot marshmallow device manager

The Android device manager is a useful app, and shouldn’t be uninstalled / © NextPit

Do you need to clear out your internal memory? No!

You only need to take action if your smartphone becomes noticeably slower. Generally speaking, Android devices are designed to optimally manage RAM themselves. Closing apps in the overview may improve the overall running of the device, but this has nothing to do with RAM efficiency.

How to free up storage on Android

How to clean up your device: cache, history, files and more

And this isn’t a bad thing at all. Android’s automatic RAM management is the fastest and most efficient system you could wish for. So leave the memory management to Android, and the operating system take care of it for you. 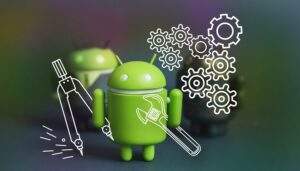