What they don’t tell you about free apps

We make no bones about it. We love anything that's free, there’s no surprise there. But is anything really for free these days? Lots of Android apps? Well, it seems not: a study has revealed the hidden costs behind free apps.
Post Views: 66
PrevPrevious
NextNext

The majority of Play Store proceeds don’t come from paid apps. The income for the main developers comes from free apps. However, while we know the importance of in-app purchases, in this article, we’re interested in the hidden costs behind free apps.

There are other monetary costs that we’re seeing these days. Even those who don’t pay a single cent for a free app are paying in other ways, as revealed by a study carried out by the University of Southern California, Rochester Institute of Technology and Queen’s University.

The study compared 21 free apps that feature in a list of the most popular apps on the Play Store between January 2014 and August 2014 on a Galaxy S2. Mechanisms for the least disconcerting ones were also revealed.

Money doesn’t swap hands, but we pay for it in information sharing.  © ANDROIDPIT

The core of the problem is that, in general, free apps are financed by advertising. This seems legitimate but it can quickly create knock-on effects. Our aim, of course, isn’t to criticize the free app market, as we’re happy to use it. However, it’s important to be aware of the disadvantages and the risks that you take when using free apps.

Free apps eat up your battery, mobile data and they require access to your personal information: these are the hidden costs of free apps.

Free apps use up more battery

With advertising, free apps use up to 33% of your battery. The battery’s lifespan is also reduced by using these apps. Those who use a lot of free apps will see a difference in their daily battery usage.

Free apps slow the system down

It’s true that top-range smartphones have more powerful processors, but with daily usage, it’s these apps that have a profound effect, particularly because of multitasking.

Free apps supported by advertising use up to 56% of your processing power. 22% comes from memory usage and 48% from computational charge accumulated on the processor.  The statistics speak for themselves, particularly when we consider that not everyone has a Galaxy S6 or some other top-range smartphone. Most people (especially the older generation) still have old models with just 1 or 2 GB of RAM.

price of a free app

How does app advertising show up on your phone? Through transferring data, of course. According to researchers, the amount of data gained through free apps can be more than 100% of that gained from paid apps. But don’t worry: the average increase only reached 79%. Luckily!

Tips for dramatically reducing your mobile data usage on Android

In countries where most users have a 1 GB package, it really makes you wonder. But this amount of data is also calculable in cold hard cash.

According to major phone carriers such as AT&T, the average data consumption by free apps is 1.7 cents each time you use it.

How to track your data usage on Android 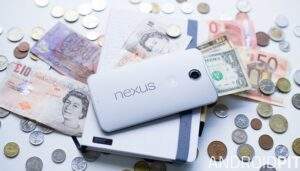