To root or not to root, that is the question

The term “root” comes from the Linux world. The root operation in Android is much the same as it is there: it gets you full access (a.k.a. root access) to the entire file system, making you a “superuser”. This allows you to make profound adjustments and changes to the software. If this is already sounding a little geeky for your tastes, follow the link below for an explanation of terminology.

But for novice users, it also poses a risk, because very important system files can be just as easily deleted as less important ones. This is one of the main reasons why Android smartphones are not rooted by default: to avoid innocent but catastrophic mistakes.

Root access is often gained by using a script that you install in Android’s download mode, which automatically executes itself, granting root access in the process. This script often uses a vulnerability in the operating system kernel by performing what is called a privilege escalation.

SuperSU is one of the best apps for managing root access on Android. / © NextPit

As we said above, root privileges turn you from a regular user into a superuser with access to the full Android system. The simplest way to extend superuser permissions to apps is with a tool called SuperSU.

You can do this on a case-by-case basis, for specific situations, or on a more permanent basis, to allow an app to help you take complete control over your Android. You can withdraw superuser permissions at any time, too.

Once you’re rooted, you can flash a custom ROM on your Android. / © NextPit

Will I lose my warranty if I root my Android?

Modifications to devices should be protected under the Magnuson-Moss Warranty Act unless the modification caused the damage you’re asking the manufacturer to fix under warranty. Despite this, generally speaking, rooting your Android will de facto void your warranty anyway, since many manufacturers threaten to void warranties for rooting even if they have no legal right to do so. So, unless you’re feeling confident about legal battles with wealthy corporations, tread carefully.

Things aren’t always clear cut, and it often comes down to a mix of manufacturer, carrier and retailer positions, which is why you just shouldn’t root your device if you want to keep your warranty. The old Nexus line from Google and partners was pretty much designed to be rooted and modified by Android developers in order to advance the platform. LG released some devices with unlocked bootloaders, yet will void the warranty if you root. Some manufacturers, like OnePlus and HTC, are more friendly toward rooting, but you cannot expect the same leniency from all OEMs.

Some phones were designed to be unlocked and rooted easily. / © NextPit

That depends entirely on where you live. In the US, the modification of digital things like the software of mobile devices is covered by the Digital Millennium Copyright Act (DMCA). Critically, some exemptions to that law exist courtesy of the US Copyright Office and they include things like rooting. While rooting in the US is technically illegal under the DMCA, there’s currently an exemption for a period of three years beginning on October 28, 2015.

The legality of rooting Android depends on where you live. / © NextPit

For those in Europe, the case is much clearer: the Free Software Foundation Europe (FSFE) has worked intensively around the root issue and, after a detailed examination, came to the conclusion that rooting a device and installing unofficial software does not impact your rights to a hardware warranty.

According to EU Directive 1999/44/CE, even when rooting and installing custom ROMs, the owner of an Android device can make claims under warranty for up to two years after purchase. This ruling, however, only applies to claims made regarding the hardware of the device, and if a retailer or manufacturer can prove that the software modification caused the defect then you may find yourself out of luck. The good news for those in Europe is that the burden of proof lies on the retailer or manufacturer to prove that it was a custom ROM or the root process itself that caused the problem.

How do you know what has been done to an Android device you just bought second hand? / © NextPit

How do I know if my device is rooted?

If you’ve bought a second-hand Android device and want to know if it was previously rooted or modified, the simplest way is to check for root with a simple, free-to-install Android app. Root Check is a great app that not only tells you if your device is currently rooted or not, but also provides a nice glossary of terms and links to other good root apps by the developer.

There are many reasons to root: access to the best root apps on Android, the power to uninstall pre-loaded bloatware apps and the world of custom ROMs are the most common reasons. Backups are also easier with root access. With root, you will be able to grant a backup app like Titanium Backup root-level permissions and make complete backups of your system periodically, so no matter what happens to your phone, you’ll always have an up-to-date backup waiting to be restored.

There are some incredibly powerful Android root apps available. / © NextPit

Root access also allows you to change the tiniest details in the Android system. Sure, you can flash a full-blown custom ROM for a complete makeover, but you can also make minor tweaks with Xposed Framework. Maybe you just want to flash a new boot animation, tweak some audio settings, or overclock your CPU a touch. All of this is possible with root.

With root access, you can also get better battery life out of your Android, by undervolting your CPU or using automatic app hibernation with apps such as Greenify. As mentioned above, removing pre-installed apps also lessens the demands on system resources, improving battery life further.

Ad blockers and full system automation with Tasker are two further reasons to root Android, but your reasons to root will be about as personal as the things you can do once you have root. Maybe you want to change everything, maybe just one thing. No matter how deep you want to go, rooting will get you there.

AndroidPIT tasker app how to root

Apps like Tasker can automate every corner of your Android life. With root, that is. / © NextPit

Why you shouldn’t root Android

There are a few reasons: that it will likely void your warranty, it can be complicated and dangerous, and that in many cases you’ll no longer get automatic over-the-air (OTA) updates.

Once you’re rooted, it is also much easier for a malicious app to take advantage of the permission level root grants. Allowing an app root access should be handled with much more care than blindly hitting Accept in the Google Play Store when the permissions list pops up. This is a responsibility you should take very seriously.AndroidPIT greenify app how to root

Root users need to pay particular attention to which apps they grant superuser permissions to. / © NextPit

If you’re capable of rooting your phone, you’re more than likely capable of updating your system software manually, too, but it is still inconvenient having to do this.

There are also more potential complications when updating a rooted Android device than when updating a non-rooted one. Again, these are perfectly workable, but are potentially more annoying than root is worth to the average person.

We’ve written about some of the other reasons you shouldn’t root your Android if you’re interested to know more of the disadvantages of rooting.

AndroidPIT how to root system update

With root, you’ll get OTA notifications, but have to flash updates manually. / © NextPit

Should I root or not?

As you can probably tell by this point, rooting Android is not for the faint of heart. You need to be willing to risk voiding your warranty, be prepared to manually apply Android updates, accept becoming more exposed to security risks and you will have to research the latest rooting method and apply it perfectly to your device to avoid any potential problems.

How to root Android

If you decide to go for it, the benefits of rooting Android are manifold. You’ll have complete control over your system, be able to uninstall bloatware, apply endless system tweaks and create complete backups automatically.

If you’ve gotten this far and can’t wait for the next stage, check our guide on how to root your Android phone, with an introduction for the universal steps and tips for different manufacturers. But that’s just a start. We also recommend XDA, a developers site that hosts many up to date rooting tutorials for a wide variety of devices. 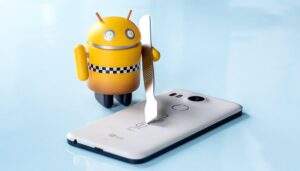