Siri tips and tricks: the best commands you need to know

Siri is an old favorite in a now-crowded AI assistant market. Owners of the iPhone and other Apple devices are no doubt familiar with Siri already, but there's a lot it can do for you that you may not have heard about yet since new features are added all the time. In this article, we've gathered all the most useful Siri commands, from the basics to more advanced features.
Post Views: 42
PrevPrevious
NextNext

How to summon Siri

There are several ways to get the attention of your assistant. On your iPhone, once you have the option enabled, you can ask it questions and give her commands by starting off with, “Hey Siri.” You can also press and hold the center button on Apple Earpods or double-tap on one of your AirPods to activate Siri without having to say “Hey Siri.” On a Mac computer, you can also click the Siri icon in the menu bar. It’s always with you, even on Apple Watch, iPad and Apple TV. To turn on Siri, go to Settings > Siri > Hey Siri > On.

Figuring out Siri isn’t so hard if you have a guide. Let’s get started / © NextPit

You can tell Siri to turn the following on or off: Wi-Fi, Bluetooth, wireless data, airplane mode, do not disturb mode and night shift. You can also make adjustments to the screen brightness or audio volume, by saying “turn volume/brightness up/down”. You can even change the language and gender of Siri’s voice.

It’s also nice to configure Siri to be able to pronounce your name and understand your relationships with people. To teach it how to say your name, just say “Learn to pronounce…”. To teach it who your mother, brother and other important people in your life are, just say “My mom is Kathy Smith,” and it will associate it with the existing contact.

Siri works with native and some third-party apps. Just tell Siri to “Open…” then say the name of the app. With Siri, you can take a regular photo or selfie and then view the photos in the app of your choice, all without having to touch the screen or buttons. You can ask it to call you an Uber or Lyft, make payments to friends with Paypal and even search for design trends on Pinterest. Some of the features you’ll use most, though, more likely involve messaging and calls, which we’ll get to in the next section.

Sending calls and texts using Siri is easy, no matter which apps you prefer to use for it. To send a message via your preferred app, just say “Message John on WhatsApp ‘See you later’,” but swap out WhatsApp for Facebook Messenger, Skype, WeChat or others as you please. You can also “Call mom,” or “Call mom on WhatsApp,” or “Facetime Mom”.

You can also use Siri to tweet, check and send emails and check voicemail messages. Just use the following commands:

“Tweet ‘My vacation is going well because New York is the best city’.”

“Send email to Dennis about paying the bill and say ‘Have you paid the water bill this month?’.”

“Do I have new voice mail?”

“Play the voice mail from Scott.”

AndroidPIT Sergio is thinking of getting iphone 3169

Siri can help you keep on top of your daily tasks, reminders and meetings. You can tell it to remind you of things at specific times or when you arrive at a particular place, for example, “Remind me to feed the cat when I get home at 7 PM”. If a reminder isn’t what you need, you can also set a timer to jolt you in 15 minutes to check the food in the oven. You can also have Siri add things to an existing list in the Reminders app, by saying something like “Add lettuce to my grocery list”.

To keep you waking up on time for your busy day ahead, say “Wake me up at 5 AM,” then tell it to “Turn off all alarms,” once you’re awake. To get an overview of your schedule for the day, ask “What appointments do I have today?”. Schedule meetings efficiently by saying “Schedule a meeting with Jennifer at 4 PM today,” and then cancel by saying “Cancel my 4 PM appointment”.

You can ask Siri to search for things both online and on your phone. Here are some commands and questions you can use to find out what you want to know:

“Do I need an umbrella today?”

“Show me photos from yesterday.”

“What is Apple’s stock price?”

“How many ounces are in a pound?”

“What is the definition of elucubrate?”

You can use Siri to control music with your voice. Basic commands like play, pause, skip, next, stop and play the previous song all work as you’d expect. To play a specific song, simply say “Play ‘Can’t Buy Me Love’ by the Beatles” or try a broader selection with “Play top songs from 1964” or “Shuffle my Sixties playlist”. To specify the next song to play, just say “After this, play ‘A Hard Day’s Night’,” or “Play more like this,” for similar. If you like what you’re hearing, ask “What song is this?” to find out via Shazam, or tell Siri to buy it for you.

How to move Google Play Music to iTunes

Siri can also help you with picking out a movie, too. Ask her “What is the synopsis of ‘Guardians of the Galaxy Vol. 2’?” and then if you like the sound of it, ask if it is playing at a theater near you. Siri can fill you in on locations and upcoming showing times in your area.

With Siri, sports trivia and scores are always just a question away. Keep on top of the news for your favorite team or league with the following Siri sports commands:

“Did the Yankees win?”

“How did the Red Sox do last night?”

“What was the score the last time the Yankees played the Boston Red Sox?”

“What baseball games are on today?”

“What are the college football rankings?”

Are you bored? Try these fun commands:

“Why did the chicken cross the road?”

“What does the fox say?”

“What is zero divided by zero?”

“What planes flying are above me?”

Be careful with any Siri tricks you hear about that involve a string of three numbers. Pranksters have been posting false tips on social media, suggesting that certain combinations of numbers will trigger cool features. But, actually, these numbers are commanding the phone to dial emergency services. Don’t tell Siri to dial 911 or any of these other numbers which you may not know are emergency codes in other areas: 000, 108, 999, 110 or 112. 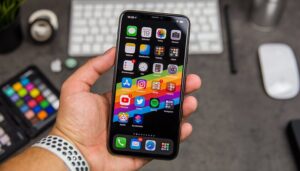