How to see if Cambridge Analytica grabbed your Facebook data

As part of its efforts to salvage its reputation and win back user trust, Facebook will be allowing users to check if their data was harvested by Cambridge Analytica. This initiative began on Monday, but is only being rolled out gradually, so don’t worry if you haven’t seen it yet.

Facebook users should soon see a message at the top of the Newsfeed, titled “Protecting Your Information”. The content of the message will differ depending on whether the user was directly affected by Cambridge Analytica’s data harvesting or not.

If you or one of your friends used Alexander Kogan’s app—called “This Is Your Digital Life”—you will see a message specifically concerning Cambridge Analytica.

“We have banned the website ‘This Is Your Digital Life,’ which one of your friends used Facebook to log into,” the message reads. “You can learn more about what happened and how you can remove other apps and websites any time if you no longer want them to have access to your Facebook information.”

Those who weren’t affected will instead get a direct link to Facebook’s Apps and Websites privacy settings, where they can see which apps have access to their data, and the option to remove them.

This new function rolls out at the same time that Facebook CEO Mark Zuckerberg is set to testify before Congress about Cambridge Analytica. As the Facebook boss prepares to defend his company in front of the US government, the social network is also scrambling to reassure its users by reworking its privacy policy and settings, as well as auditing third party apps on the site.

What does it mean if I get the Cambridge Analytica warning?

Back in 2013, Aleksandr Kogan, a Cambridge University researcher, designed a personality quiz app called “This is Your Digital Life,” which collected the personal information of around 300,000 users.

Why Mark Zuckerberg won’t fix the problems with Facebook

Facebook’s structure allowed the app to access data from friends of the quiz takers (with around 87 million total) without their consent, and then share the information with Cambridge Analytica. The data analytics firm then used the data to help the Trump campaign during the 2016 presidential election.

Facebook’s new tool will enable you to see for yourself if your own personal information was used in this effort. While your personal feelings on the matter may vary, enough users have been outraged by this that a backlash has gained momentum, urging people to #DeleteFacebook. 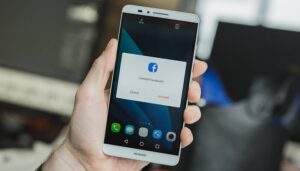