How to overclock Android: a guide to using kernels

What is a kernel?

The kernel is a computer program that is the core of a computer’s operating system. It is often one of the first programs loaded when you start up a computer device, sometimes referred to as a bootloader. The kernel performs tasks such as running processes, managing the hard disk, handling interrupts, and sorting out the rest of the startup process. It does this in a protected part of the memory, known as the kernel space Android uses the Linux kernel, but you can change this if you root your device.

Before you start: read this

First I need to give you the standard warning. Overclocking your phone CPU comes with some risks. Increasing the clock speed of your CPU generates more heat and drains more power. It isn’t likely to set your phone on fire or kill your battery, but excess heat production can create instability and affect your battery life.

The key is to take your time. Don’t try to jump to a 30 percent increase in clock speed straight away. Take it slowly and evaluate how stable the system is with each increase. If Android runs fine, your phone’s heat and battery life are acceptable and there are no crashes or odd behavior, you can try increasing your clock speed further. If things get weird, back off to the last stable clock speed.

Getting the right kernel for overclocking

Happy with that? Let’s proceed. The only thing you need to tweak the CPU settings of your Android phone is a kernel that supports overclocking. Overclocking is a staple of the modding community, so there is no shortage of good kernels to choose from. You just need to get the right kernel for your particular phone model.

Take some time to find the right kernel for your device. / © NextPit

First, find the model number of your phone. Go to Settings > About Phone and take a look. You’ll also want to make a note of the version of Android you’re running. Your phone will also need to be rooted in order to overclock your CPU. For more info on what is root on Android, check our guide. Naturally, this process is not covered under warranty, so proceed at your own risk. You’ll also need a custom recovery installed. More on that below.

You’ll need to install a custom recovery, such as TWRP or CWM. / © NextPit

Replacing the kernel and overclocking takes no time at all, but it’s worth investing some time into finding the right kernel. Sites like XDA Developers are an awesome place to start. There are four things you’re looking for in a kernel: that it supports overclocking, that it’s compatible with your phone model, that it works on your current Android version and that it has a good reputation.

The more popular a kernel is the easier it will be to get help from the community if you need it or to track down some suggested settings (if you’d rather learn from others’ efforts rather than do the figuring out yourself). The more feedback there is on a kernel, the more informed a decision you can make.

Overclocking software for your kernel

Some kernels come with dedicated software that’s tailored to helping you get the most out of the kernel. This can involve a simple overclocking slider, CPU governor settings, undervolting options and more. If the kernel you choose has a companion app, use it. If it doesn’t, search around the Play Store for a generic overclocking or CPU manager app with a good rating and positive comments.

Some custom kernels come with software to help you change your CPU clock speed easily. / © NextPit

Once you’ve got the kernel for your particular model of phone, and have ensured it works with your version of Android and supports overclocking, you’re good to go. For this tutorial we’re overclocking a rooted Nexus 6 running stock Android 6.0 Marshmallow using the ElementalX kernel.

Many custom ROM kernels already support overclocking however, so if you are using a custom ROM, read up on it to see if you even need to change your kernel.

How to overclock your Android phone

Your phone needs to be rooted in order to flash a custom kernel. You’ll also need a custom recovery installed (because you can’t flash kernels using stock recovery). If you need help with this, follow our guide on how to install a custom recovery. The guide at the link is for a Nexus 5 but the same process applies.

1. Make sure you have a backup of your data. You can do this through your custom recovery or with any number of apps or PC-based solutions. If you need help with this, follow our guide on how to back up everything on Android.

2. Once you’ve chosen the kernel you want to use, download it (and any software it might have come with) onto your Android (you can leave it in the Downloads folder). You can also download the kernel to your computer and copy the zip file to the root directory of your phone if you prefer, but it’s just as easy to just do it on your phone through recovery.

Reboot into fastboot and go to recovery mode. / © NextPit

3. Turn off your phone and enter fastboot. This is usually achieved by pressing Power and Volume Down but some manufacturers have a different button combination.

4. On the fastboot screen, use the volume buttons to highlight Recovery mode and press the power button to select it.

5. You will now enter your custom recovery. We’re using TWRP.

6. Tap the Install button (or ‘Install zip’ in CWM recovery) and navigate to the location where you saved the kernel zip file.

7. Flash the kernel zip file and wait for a success message. Some kernels (like Elemental X in our example) will run you through a series of screens like the Install Wizard on your computer.

Some kernels will allow you to set the CPU clock speed during installation. You can make changes then and there or later through the CPU manager app you installed. See below for instructions on the latter.

8. Wipe the cache once the kernel has been flashed successfully.

9. Go to the Advanced settings in recovery and tap ‘Fix Permissions’.

If you didn’t change the CPU settings during installation of your custom kernel you can now launch your CPU manager or kernel app. If you haven’t already installed compatible software for your kernel you’ll need to find an app in the Play Store.

There are plenty that work well, but I’m using a free app called Kernel Adiutor. You’ll need to grant your kernel app root permission and you might be required to install BusyBox as well (which will also require root privileges).

You can see we now have a custom kernel installed. / © NextPit

Look for the settings that control CPU clock speed. Depending on the app you’re using, you can choose a max CPU speed from a drop down menu or use a slider. Remember, take it slowly and try each clock speed out for a while to see how it affects stability, battery life and heat. Start at around 10 percent more than your current clock speed and work your way upwards.

Don’t be surprised if your CPU speed doesn’t instantly jump up to that new setting. What you’re doing when you overclock is changing the CPU’s maximum speed, so it will be able to deliver higher performance when necessary.

While you can also change the minimum clock speed, that just puts unnecessary strain on your processor and battery. After all, there’s no need to be maxing out your CPU just to read emails.

If you encounter any instability with your new settings just go back and drop your max clock speed a little and see how you go.

You can see our Nexus 6 is now peaking at 20 percent higher than normal. / © NextPit

If you encounter any problems that seem out of the ordinary, hit the forums or the place you grabbed your kernel from and read through the entries to see if anyone else has already solved your problem. If not, ask for help from the community. If all else fails you can simply re-flash the original kernel your device came with. 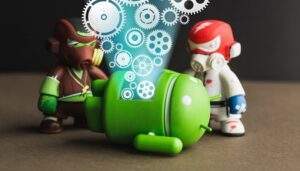