Changes in Google Photos' terms and conditions were announced in late 2020, whereas of June 1st, 2021, Google Photos ended the option of unlimited storage for photos and videos for the vast majority of people. Read on to understand just how the new rules of this service will impact users and some alternatives to Google's photo management service.
Post Views: 46
PrevPrevious
NextNext

What impact is there because of the change?

Changes in Google’s photo and video storage rules were released in November 2020. Scheduled for June 1, the change will now count all photos and videos uploaded to Google Photos as part of the available data in the user’s account, regardless of the quality.

In the first six years of the service, videos and photos sent from the PC or smartphone with the “High quality” option did not consume the total storage space of the account. However, these were stored at a reduced quality at a limited resolution:

Another option was to keep the original quality and resolution of the media, and this is done by ensuring Google does not compress the photos and videos. By doing so, the uploaded files will count towards the storage limit of the account – which stands at 15 GB currently by default.

From the date of the change, even media saved with the “High quality” option will now take up its share of free available space, which is shared with Google Drive and Gmail.

The choice of recording mode used in Google Photos can be made in the settings, both in the mobile app and the web version of the service. The latter can be done by accessing the following link: https://photos.google.com/settings.

What changes do Pixel owners face?

The changes for those who own a Google Pixel smartphone is different, depending on the model of the device:

Pixel 2: Unlimited storage for photos and videos in High quality.

Unlimited storage for media in original quality that was uploaded by January 16, 2021.

From that date onward, unlimited storage will be available only for the High quality option.

Pixel 3a to 5: Unlimited storage for High quality option only.

By the language Google used, the above rules apply only to submissions made from the cited models. That means even if you have a Pixel 3 that is associated to your profile, images sent from PC or other smartphones will count towards the storage limit.

What are the options for expanding your Google Photos storage?

In the past, Google has offered additional file space as a reward for simple tasks such as profile security checks. This has enabled many of their users to amass a total storage of more than the standard 15 GB. Professional accounts, on the other hand, usually offer 30 GB of storage space and above, depending on the company’s subscription.

Before signing for one of the extra storage plans, you can perform a clean up of your files across the different services that will ultimately count to your total data quota:

In Google Photos itself, you can check for photos and videos that are take up the available space, which are separated into different categories (large, blurry, saved by apps, and screenshots).

The listing will be empty for those who only have images that do not count towards the storage limit.

In the Google One storage manager, you have an overview of files and emails in the Recycle Bin or those that have been marked as spam, in addition to a list of files that take up too much space, with an option to delete them.

Plans to increase your storage space also apply to Google Photos, Drive, and Gmail, where they are included in the Google One subscription. Home users will be able to choose from a trio of storage size options:

This space can be shared with up to 5 people in the same family, who will also receive live support and other benefits that vary by region.

What are the main alternatives to Google Photos?

Those who subscribe to Microsoft 365 or Amazon Prime plans have online storage services known as OneDrive and Amazon Photos, respectively, at their disposal. The former has storage starting from 1 TB for personal subscriptions, while the e-commerce giant offers unlimited space for photos (in original quality), and 5 GB for video storage.

Learn how to migrate your photos to OneDrive or Flickr

These services don’t offer the same features in terms of album organization, sharing, or Face ID – which can be both positive and negative, depending on who you ask. The same goes for online storage services, such as in the case of Dropbox, iDrive, Box, and other similar services.

One service that seems to do well among our French colleagues would be Degoo with its Swedish roots, offering 100 GB of space for photos, apps for Android, iOS and the Web, and some options to expand available storage.

A more laborious solution would be to return to the time where local storage reigned supreme. However, in this case, it is good to remember having a local and a remote copy for security reasons – some network storage devices (NAS) even offer tools for generating albums by facial recognition, but ransomware attacks on remote access tools from manufacturers such as Qnap and Synology in recent years do not inspire as much confidence in the online services of such devices.

Regardless of the solution adopted, there are different online services available across various pricing tiers. All of them carry varying degrees of practicality and features. At least Google offers the option to download your files and even migrate them to other photo storage systems instead of making life difficult for its users. 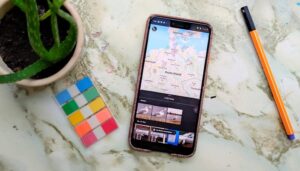