A basic guide to smartphone batteries

One of the most important elements of a smartphone is the battery. How long does it take to charge it? How long does it last? What are the differences between battery types? These are the main questions that we’re going to answer and we’re going to try to put some incorrect myths and legends to rest. Below, you’ll find our basic guide to batteries.
Post Views: 59
PrevPrevious
NextNext

The first thing that we need to clarify is that the battery life will depend on how much you use the smartphone. You also have to take into consideration that the higher capacity batteries (with larger mAh numbers) usually last longer, although this depends a lot on the elements that it powers, such as the screen, and the software management and optimizations.

Most smartphones have powerful processors and RAM. These processors don’t usually consume much energy but, given their state of technological development, some have increased their power requirements.

A lot of the battery power is consumed by the screen, especially if it’s high resolution and if is illuminated a lot of the time. In addition, wireless connectivity (3G, 4G, Wi-Fi, NFC, Bluetooth, GPS) also uses its fair share of energy in order to work correctly. Taking all those elements into consideration, there are few smartphones that can last more than 24 hours without needing to be recharged.

In terms of general advice, good use of battery on a smartphone starts with charging it before it turns itself off. And, don’t worry if you unplug it before it reaches 100 percent battery. Turn off the features/connections that you don’t need and turn down the screen brightness. To sum up, here’s a list of some general pieces of advice:

Charge the device when it asks you to, and don’t wait until it turns itself off.

Unplug it when you need to, or when it reaches 100 percent if you can (it’s no good leaving it plugged in for hours).

Keep the smartphone out of hot temperatures.

Save energy by turning off features that you don’t need and turning down the screen brightness.

In the past decade, we have seen various types of batteries come and go, each with different performance capabilities. This meant that, in the end, there were a lot of urban legends about batteries. The batteries on the first smartphones were Nickel-Cadmium (Ni-Cd) or Nickel-Metal Hydride (Ni-MH), which were also integrated in a lot of other electronic devices. These types of batteries were economically produced, but their main problem was the memory effect, which reduced their capacity over time.

Currently, the batteries that dominate the smartphone market are: Lithium-ion (Li-ion) or Lithium-polymer (Li-Po).

Lithium batteries are pretty standard on smartphones because they are light and provide decent battery life. Their light and compact design is their biggest asset. In terms of disadvantages, they support a limited number of charges, between 300 and 1000, which is less than the old nickel batteries and their production is expensive. Finally, they are the most dangerous out of all the batteries, as they can overheat and even explode since they are manufactured with flammable materials. You should not bend these batteries.

While you should always leave some charge on these batteries, it’s important to leave them with at least 40 percent charge as well as avoiding long charging periods. Charging these Lithium-ion batteries is much faster than charging other batteries even though there are two phases. Firstly, it quick charges up to 80 percent and then it slowly charges to reach 100 percent.

LiPo batteries are becoming increasingly more common, and they are similar to the previously mentioned battery types, but more flexible so they can be used in smaller devices. They have more energy density and are much lighter.

However, there are some disadvantages. They are more expensive than the Li-ion batteries and slightly more flammable. If, for any reason, you leave the phone without charge, charging it again can be impossible with standard chargers, so be careful with this.

The main component in batteries today is Lithium. / © NextPit

Myths and legends, truths and lies.

1. The first charging of the battery should be longer than normal.

This is a myth that was handed down from the cadmium batteries. This isn’t necessary with the current Lithium-ion and Lithium-polymer batteries. It is recommended that you charge it normally, whether you’re charging your smartphone for the first time or whether it’s just on a normal day.

2. The charging time is proportional to the battery life.

This is also a legend passed on from batteries past. Charging is achieved thanks to a charger chip in our smartphones that controls the process. Ideally, the device should be unplugged when it reaches 100 percent at the most; it doesn’t need charged any more after that.

3. You have to do complete cycles of charging and discharging.

This is another idea that came from the Ni-MH batteries. The charging cycles with Lithium batteries can adjust our daily routine since there is no memory effect as there was on older batteries.

AndroidPIT how to transfer pics 7

Charge your smartphone when it asks you to. / © ANDROIDPIT

Calibrating the battery, a myth?

When you notice that your smartphone never reaches 100 percent charge and it remains at 95 percent or 90 percent, turn it off immediately, restart the device and find out if the battery has deteriorated because it is old, if it was because of your intensive usage or because the smartphone was exposed to high temperatures, or if it could be down to a range of other problems.

There’s loads of websites that tell you ‘how to calibrate the battery’, but they’re actually not calibrating the battery itself. They’re merely resetting the battery stats on your phone so you get a more accurate readout, not improving battery life in any meaningful way.

We have yet to see the manufacturers’ best work in terms of batteries, but up until now, a lot of improvements have been made to improve them, such as the Doze mode on Marshmallow. There’s no magical recipe that can make the battery last for two days since the services and technologies that we use today require more energy and power than the mobile phones of yesteryear. 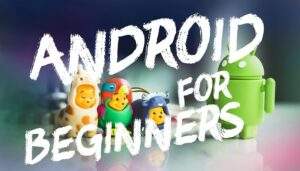