What is eSIM? Should you switch to the SIM card of the future

eSIM is an emerging technology that has been around for a little while, but most people don't yet know what it's all about. So what exactly is eSIM and, more importantly, how is it different than the standard SIM cards that we already use in our smartphones? Find out below!
Post Views: 42
PrevPrevious
NextNext

What does SIM stand for and what does it do?

Before we can understand the modern eSIM, we need to go back to the beginning, i.e. what a standard SIM card is and what it does.

The first smart UICCs were the size of a credit card. Over the years, they’ve been getting smaller and smaller.

SIM cards hold a unique 20-character ID number called the ICCID (Integrated Circuit Card Identifier), which can usually be found on the face of the card and is needed to port the number between different operators. Plus, this card contains an ISMI number (International Mobile Subscriber Identity), which is basically your phone number, some security information, a list of services the user has access to and two security codes. The first code is your PIN (Personal Identification Number) and the second is the PUK (Personal Unblocking Code), which helps us unlock the PIN if there are too many failed attempts at the PIN.

We should welcome eSIM, whether carriers like it or not

All this information is necessary to be able to make calls and for correct data traffic between the mobile networks of different carriers.

SIM cards also contain an SMS memory (not used by modern smartphones) and personal contacts. The memory on standard SIM cards ranges from 8KB to 256KB, which is enough space for more than 250 contacts. However, nowadays it’s much safer to keep your contacts in the cloud than on your SIM card.

How to transfer everything to a new phone

What is an eSIM?

eSIM cards are the newest and most recent SIM card format, although they probably shouldn’t even be called that.

The name eSIM means embedded SIM, which is a SIM card integrated into something. It’s not a real SIM card, but rather an integrated chip that follows SON-8 standard directly within a device, which means it can’t be removed or switched out.

The number of contacts and how it works are the same as a regular SIM card, but you won’t have to worry about any foldable slots to support it. This chip is also much more reliable and less likely to cause mechanical failures. Plus, since it is smaller than a normal SIM and you don’t have to use a poker to eject it, it can be used in smaller devices, such as smartwatches.

eSIMs used to be limited to industrial devices, but in 2012, Apple declared that there weren’t any laws prohibiting their use in consumer products and so it began putting them into products like the iPad and Apple Watch.

iPhone XS and XS Max: Apple’s vision for the future

In the Android world, the Google Pixel 2 was the first smartphone with an eSIM (at least in the US) which allows users to choose their service provider and can instantly be activated if you switch carriers. Plus, it enabled remote provisioning, which means, you don’t have to wait for your old card to be deactivated and the new one activated when you change SIM. eSIMs let Google activate its smartphones from within its Project Fi network during the initial device set up without having to wait for a SIM card.

These benefits of eSIM cards are great, but there are also a few disadvantages from a user’s perspective. If you’re a user, who like me, changes their smartphone regularly or if you have multiple devices at home with different SIM cards, this eSIM situation may make your life a bit more complicated. Every time you want to use a new device you’ll have to activate the SIM card through the software of that device. You can’t just pull out the SIM and put it into another device and be ready to go.

This could also be a problem if your phone’s running out of battery and you want to slip your SIM card into a friend’s phone to check on something or make a call. With eSIMs, this won’t be fast or easy.

Will Apple make dual SIM and eSIM standard? Not so fast

eSIM: The SIM of the future

eSIM cards still aren’t very widely used. However, with the fact that the flagships from Apple, Google, Samsung, and even OnePlus now use the standard, we may see eSIM cards from all major manufacturers, as well as increased support from carriers in the near future. For now, in the US, AT&T, T-Mobile, and Verizon all support eSIM. In Canada, eSIM is supported by Bell, Fido, Lucky Mobile, Rogers, and Virgin Mobil. In the UK, EE, O2, and Vodafone are all on board. 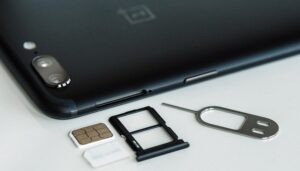