What are monthly security updates on your smartphone?

Aside from annual Android updates (Lollipop, Marshmallow, Nougat, Android O…), Google releases a security update each month, which aims to correct flaws in their system. The objective is to ensure continued protection for users and to react quickly to security problems that could arise. In this article, we’ll outline the corrective measures issued each month by Google.
Post Views: 36
PrevPrevious
NextNext

How do monthly security updates work?

To make Android a secure system, Google has put a monthly security update program in place for all devices running on Android. This program is rolled out in three stages:

The first stage is development. Having identified the flaw, Google’s engineers develop the update and prepare it for testing.

The second stage is testing. Google sends the update to its collaborators, who are the smartphone manufacturers, so that they can test it on their products.

Of course, Google’s security programs rely on manufacturers’ good will to distribute the update. © Google

Who implements the monthly security updates?

Of course, as you’ve already seen, this monthly security update program relies on manufacturers’ good will. If they don’t make the effort to offer the updates to users, their smartphones will remain vulnerable. Few manufacturers distribute the updates to their devices every month. Some wait several months to do it.

To be sure you’ll get monthly security updates, you should opt for a smartphone from the Nexus or Pixel ranges as Google distributes the update directly to these users. Google has also published a list of 42 devices that it deems as star pupils in terms of security updates.

General Mobile Plus d, Plus, 4G Dual and 4G

If you want to get the latest monthly security updates, choose a Pixel or Nexus device. © NextPit

After the last update in April, which saw the correction of 60 issues, June’s update was even more comprehensive with 101 Android flaws, 27 of which were critical. These flaws were with Android versions 4, 5.0, 6.0, 7.0 and 7.1.

Some critical flaws could potentially allow a harmful application to take control of your smartphone. Fortunately, Google explained that there had never been “any reports on an active exploitation or abuse of these newly reported problems”. Most of the flaws concerned the code supplied by Qualcomm for its components (processor or modem) but Google has proved its willingness to correct its errors and provide users with continued security.

Among other issues corrected in June, there were problems with Bluetooth, in the Media framework, in the libraries and with the user interface system. 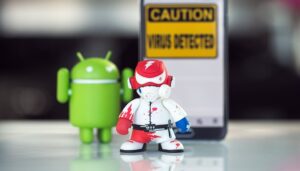