Popularly referred to as the “IT Nobel,” the W. Wallace McDowell Award is named after the former director of engineering at IBM. It is awarded for outstanding theoretical, design, educational, practical, or other similar innovative contributions that fall within the scope of Computer Society interest. Past winners include Intel co-founder Gordon Moore; supercomputer pioneer Seymour Cray; microprocessor inventor Federico Faggin; world wide web inventor Tim Berners-Lee; and co-creators of the first widely used web-browser Marc Andreessen and Eric Bina.

Ostrovsky was chosen for visionary contributions to computer security theory and practice, including foreseeing new cloud vulnerabilities and then pioneering corresponding novel solutions.

Ostrovsky is a distinguished professor of computer science and mathematics at the University of California, Los Angeles (UCLA) where he leads cutting-edge research on cryptography, computer security, streaming algorithms, network algorithms and search-and-classification problems for large-scale, high-dimensional data.

UCLA distinguished professor Leonard Kleinrock and Sunday Group Advisory Board Chairman, commonly referred to as “a father of the internet,” commented, “This award is a testament to the reputable knowledge and contributions that Professor Ostrovsky has made in IT and I am truly honored to call him a colleague.”

The award comes on the heels of two other accolades for Ostrovsky. He was elected as a 2021 fellow of the Association for Computing Machinery (ACM) for contributions to the foundations of cryptography and a 2021 fellow of the American Association for the Advancement of Science. AAAS is the world’s largest multidisciplinary scientific society and publisher of the academic journal “Science.”

Sunday Group Director, James Pack, added, “Professor Ostrovsky winning this prize is significant and so appropriate as his published work in cryptography and his reputation among his peers is outstanding.”

The IEEE is the world’s largest technical professional society, with more than 400,000 members in more than 160 countries. Through its global membership, IEEE is a leading authority on areas ranging from aerospace systems, computers and telecommunications to biomedical engineering, electric power, consumer electronics, and many other technical areas. 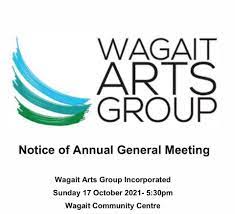