Speed boost your phone in 2 minutes with this Android lifehack

Do you use a cheap Android smartphone that keeps you waiting in everyday life? Or do you have a Google phone that has already become a bit older and lazy? Well, then you should not miss this tutorial. Because in our new format “Coffee Break” I’ll show you a lifehack that will get your Android phone up and running again.

You shorten the animations of the operating system in the developer settings.

Your phone has become slow over time or it was never really fast? Then you don’t have to buy a new flagship right away. Instead, in today’s coffee break, I’ll show you a “life hack” for Android smartphones that I’ve been using consistently for a few years now. The somewhat hidden and fairly unknown setting is the first thing I change when I set up a new Android phone.

Charge your phone and notebook with a single Anker charger for $26.34

As a prerequisite, though, you’ll need to unlock the developer settings on your Android phone if you haven’t already. If you don’t know how to do that, the linked article will help you. Once you have the green light from the operating system, continue with the following steps.

Shorten animations – this is how every Android phone gets faster

What we tell Android to do via the settings below is to speed up the animations in the operating system. You can also turn them off completely for the maximum speed boost. My feeling is that this makes most Android phones run smoother. I shorten animation times even when testing new phones that cost over $1,000. Here’s how it works:

This setting gets your phone up to speed! / © NextPit

Go to the Settings app on your Android phone.

Scroll all the way down until you reach the Screen Display category.

If you want to really annoy a friend or family member, you can also set the animations to 10x. Then windows and pop-up menus fade in for about two seconds after tapping. In my opinion, shortening the animations is a real benefit in everyday life. In the meantime, I even feel that the animations are too long for me on new Android phones.

With this snappy life hack, we at NextPit are introducing a new format called “Coffee Break”. In it, we’ll present you with short tutorials every morning, show you free apps as usual, or point you to gadgets that make your life easier with your phone. 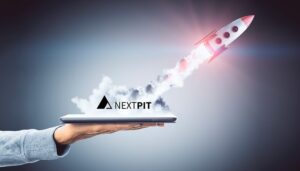