How you can get Alexa without Amazon Echo

Amazon’s Alexa service has managed to embed itself in mainstream consciousness ever since it debuted three years ago. Inspired by the technology showcased in the sci-fi series Star Trek, Alexa has been popularized with the Amazon Echo and the Amazon Echo Dot devices.
Post Views: 44
PrevPrevious
NextNext

What is Amazon Alexa?

Developed by Amazon and released in November 2014, Alexa is a digital personal assistant that ushers in a new age of Artificial Intelligence (AI). Popularized through two other Amazon devices: the Amazon Echo and the Amazon Echo Dot, Alexa works seamlessly via voice interaction, is able to playback your favorite music tracks, churn out to-do lists, set alarms and reminders of appointments, stream podcasts, deliver to-the-minute weather, traffic, news, and other kinds of real-time information.

Alexa is also full well capable of controlling a slew of ‘smart’ devices, playing the role of a home automation system in this case. While interaction and communication with Alexa are limited to English and German only at the time of publishing, and it will not be surprising to see that there will be different languages to support Alexa in the future.

Alexa works perfectly well with or without the Amazon Echo.  / © Amazon

Having multiple partners is fun and safe with Alexa

Without running the risk of picking up an infectious disease, one thing that we like about the Alexa service is the way it champions commitment to different partners: hardware partners, that is. Virtually any company that would like to jump aboard the Alexa bandwagon can always develop a device that will be compatible with Alexa, providing a similar degree of control over different aspects in the same manner that an Amazon Echo does. One’s imagination is the limit here, be it a speaker or something that is highly portable. Alexa’s versatility allows it to play nice with an unprecedented range of hardware while delivering consistent performance.

No Amazon Echo, no problem

“There’s an app for that” is a statement that has made its rounds for some time already, but a revisionist look certainly applies to Alexa. Websites such as EchoSim enables you to check out the potential of your home’s integration with Alexa directly from your web browser. This is one of the best ways to see what the Alexa craze is all about before committing to an Amazon Echo, and also doubles up as a useful method for developers to see whether their Alexa skills are up to scratch or not. As long as EchoSim is loaded in your browser, click on the microphone or hold down the spacebar and speak in order to see how Alexa responds.

Going cheap with a different speaker

The Amazon Echo might not be the impulse purchase of choice for many, and neither does the Amazon Echo Dot keep audiophiles happy with music handling. Perhaps there is a third party speaker that is far more affordable, and yet delivers a better degree of performance. There are a few of these options in the market, so it would be wise if you were to do your research and pick one out that suits your budget and needs. We find that a portable speaker with Wi-Fi and Bluetooth support, accompanied by a decent battery life is often the best bet.

How about literally wearing Alexa on your sleeve? Alexa works only when there is a microphone around, and instead of being tethered to your desktop or notebook, why not take advantage of a smart walkie-talkie device? Technology has advanced far enough to make these small enough to be pinned to your sleeve or lapel, where it provides easy and crystal clear communication with access to Alexa at all times.

Your smartphone is an Alexa extension, too

The Android and iOS platforms are also fertile ground if you would like to give Alexa a whirl without having to pick up a new piece of hardware. Alexa is available on the Amazon iOS app, doing away with a dedicated Alexa iOS app. This is also available on Android, although do take note that it functions as a limited companion app when it comes to devices with Alexa. 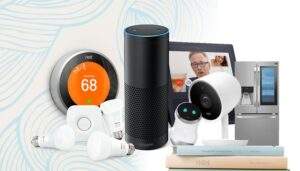