When is the HMD Global Nokia event?

The HMD Global Nokia launch event takes place on Thursday, March 19, 2020. It is being held in London, at an unknown location and will be live-streamed to consumers and media around the world. The show starts at 16:30 GMT, which is 10:30 EST, 7:00 PST or 17:30 CET for our friends and colleagues in Europe.

What can we expect to be unveiled?

Early in the rumor cycle, there had been word that HMD Global was planning on launching a follow-up to the Nokia 9 PureView, potentially called the Nokia 9.2, and dropping the PureView name and the partnership with Light for the wild camera setup on the back. However, we probably won’t see the conclusion of this saga until later in the year now.

It seems more likely that Nokia will improve its mid-range smartphones and entry-level devices in the first half of the year, and go for the flagship launch later in the year. We’ve already seen the launch of the Nokia 7.2, and the nomenclature is likely to continue with our first look at the brand’s .3 models.

You can find more videos on current tech topics on our video page.

It will be interesting to see what HMD Global has got up its sleeve to take on Motorola with its budget Moto phones. Could we see an upgraded Nokia 1 at the $100 price point? We’ve also not seen much anything from the Nokia 8 series since the impressive Nokia 8.1, so the timing would be about right for a new version of the second-tier smartphone. I’d love to see a new Sirocco version, but given the lack of high-end compact smartphones in the market today, this could be wishful thinking.

Nokia has been teasing a partnership with the James Bond franchise, so expect to see more 007 accessories and tie-ins at this launch event.

How to watch the HMD Global Nokia event live

You can watch the Nokia launch event from the comfort of your own home via Nokia’s own website or via YouTube. You can also watch the event directly on AndroidPIT via the video below.

What do you want to see from HMD Global today? Let us know in the comments section below, and you can share your reactions to the event as it unfolds. 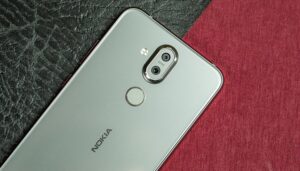