We tried out the Camera Mod M for the OnePlus 5 and 5T. The Magisk module can be set up and installed in no time at all. Your photos become visibly better, but also take up a lot more storage space than they did previously. Here you can learn everything you need to know about the installation and image quality.
Post Views: 52
PrevPrevious
NextNext

One of the criticisms of OnePlus 5 is its inaccurate post-processing or compression of photos. It resulted in washed out details and a kind of watercolor effect, so a modder has dared to tweak the camera app a little bit. One of the most important changes was to simply increase the JPEG quality level to 100. If you zoom to 100 percent after installing the mod, you will suddenly see a lot more details than before:

camera mod m on vs off

OnePlus 5 on the left with the Camera Mod M, and without the mod on the right. / © NextPit

More pictures taken with the mod

Comparison photos without the mod

In the XDA developers’ forum author txx1219 describes its function in more detail. He lists the following features:

The noise reduction that generates the watercolor effect has been deactivated.

Sharpness is adjusted before post-processing.

The sharpness of the selfie cam can now be adjusted in the settings.

The focus control for selfies is only a preview of the upcoming possibilities for the Camera Mod M. / © NextPit

The mod is continuously improved through frequent updates. So it’s worth regularly visiting the thread.

The Camera Mod M is best installed as a Magisk module. Magisk can be installed by following the steps below:

Boot into TWRP Recovery for OnePlus 5.

Install the mod as a module in Magisk Manager.

The mod’s only disadvantage: It requires a lot of space

The photos taken with the mod will be much bigger. The three test photos along take up just under 20 MB after modding. Before modding they only took just over 12 MB. This is a consequence of the JPEG quality being improved.

So that you don’t get into a memory problem like this, you should consider using Google Photos. The service saves your images free of charge in the cloud and deletes already saved images from OnePlus 5, which thus creates space for new images. 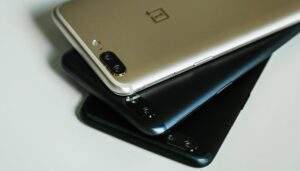