Harry Potter Wizards Unite augmented reality game is now available to play in the UK and the US, and Potterheads in these countries are already embarking on their quests to protect the Wizarding world's secrets. All the game mechanics and options in are wrapped up in Potterverse jargon, so we'll explain what's going on to help you have the best possible start.
Post Views: 44
PrevPrevious
NextNext

First thing’s first. When you open the app, you’ll be prompted to log in via Facebook or Google. Easy! Google’s probably a better bet here if you’re concerned about privacy.

For your profile picture, you can take a selfie and customize it with AR items like a wizards robe and hat, Hagrid’s beard or even Harry Potter’s distinctive lightning scar. There are some preset images available if you’re shy about showing your face though.

Then, you’re asked to enter your first and last name. This is just for roleplaying purposes, for NPCs to address you not for other players, who don’t see this information. The second name input is the handle that others will know you by when they add you as a friend.

You can freely choose your house, no Sorting Hat here! That’s a bit sad, but at least you’ll get to pick your favorite. If you’d rather roleplay the Hat choosing for you, then try one of the many online personality quizzes that will assign you a house. Ultimately, House is not so relevant in game. Instead, the professions, detailed below, are what’s important.

Wait, what am I doing?

You’re a new member of the Statute of Secrecy Task Force — a group that works to protect the Ministry of Magic’s masquerade and keep the existence of the wizarding world secret from the muggle public. A strange magic oddity called ‘The Calamity’ is causing artifacts and creatures from the wizarding world appear in ‘real’ world.

AR in games: we need more than just gimmicks

Your mission is to discover these magical anomalies called “Foundables”, wave your wand at them (by tracing your finger on the screen) and banish them back to where they came from. Easy enough, and the important locations of Foundables are local landmarks along the line of how it’s done in Pokémon Go and Ingress. Some encounters will resist you, and you’ll need to use combat spells. As you progress in the game, you’ll upgrade your stats and spells to help you beat more difficult combat encounters.

Good luck! Once you have a few levels under your belt, it’s time to choose your profession.

Wizards with class: choose a profession

When you hit Level 6, you’ll be asked to choose one of three different professions. These are basically RPG ‘classes’, each has different strengths and weaknesses, which are important in combat. Each Profession grants access to its own unique tree of skills and perks to unlock over time.

You’ll want to pick the job that suits your combat style but for multiplayer Wizarding Challenges, when you team up to take on Fortresses (important locations with special prizes that you need to win via combat), you’ll want to cooperate with different professions for a balanced team. If friends in your area also play Wizards Unite, have a chat with them to plan your specializations.

You can switch specializations at any time, especially useful if your team is missing a role, but as you get more experience, upgrade your abilities and so on, you’ll may find it useful to concentrate on one profession to make that role more effective.

Mentored by none other than Harry Potter himself Aurors specialize in defense against the Dark Arts. Aurors are straight-up fighters: their abilities tend to boosts combat strength and dealing direct damage to enemies. Aurors have the highest Power of all the professions, a higher critical hit chance, and do more damage. Aurors do extra damage to Dark Forces enemies but take extra damage from Beast enemies. The main weakness of Aurors is a low Stamina, or health, so they can dish out the hurt but not take so much.

Magizoologists are the disciples of Hagrid and share his affinity for caring for magical creatures, and their fellow humans too. This profession is all about healing and defense. They are also quite tanky themselves. Magizoologists have the highest Stamina, are are strong against Beast enemies and weak against Curiosities.

Minerva McGonagle serve as mentor to the Professors, which strike a balance between the aggressive Aurors and defensive Magizoologists. These wizards focus on buffing allies and debuffing enemies, controlling status effects on the battlefield. Professors do more damage to Curiosities and take extra damage from Dark Forces enemies.

That’s about it for first steps along the road to wizarding greatness! Do you have any questions or tips you’d like to share about Harry Potter Wizards Unite? Let us know in the comments! 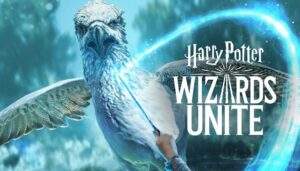