The Canadian Elite Basketball League (CEBL) enters its fourth season this May as the legalized betting market is set to open in Canada in April, and with significant demand in the category, is taking its rights to market for a partnership with a sports betting operator. The league has selected ThePostGame, the U.S.-based sports consultancy and content studio, to represent its slate of betting and media rights.

The CEBL, considered as one of the top FIBA leagues in the world, has been on a steady growth trajectory since its launch in 2019. A record 4.8 million fans tuned in for CEBL games during the 2021 season, and now has three new franchises joining in 2022. Based on the number of teams – now 10 across 6 provinces – this expansion makes the CEBL the largest professional sports league in Canada. The country has become a major basketball talent pipeline in recent years, with 200+ Canadians currently playing at NCAA schools, and 5 CEBL players signing NBA contracts in 2021. Likewise, the league has been a destination for players from around the globe, including a designated international roster spot for each club starting this season.

“It is not often you come across a young unencumbered, expertly-operated top-tier league at the opening of a sports betting market for one of the world’s most popular sports,” said Eric Herd, CEO of ThePostGame. “In our analysis, two important qualities predictive of success are progressive vision and executional know-how. The CEBL has both. Their future is very bright, and we are thrilled to be working with such a forward-thinking, sharp leadership team.”

“We are proud of the growth of our league and the role the CEBL has played in the basketball ecosystem as the sport’s popularity continues to surge in Canada,” said Mike Morreale, CEBL Commissioner and former award-winning CFL wide receiver. “Legalized betting creates a new pathway to further build and engage basketball fans, and we’re excited to enter this next phase with the help of ThePostGame.”

A league created by Canadians for Canadians, the CEBL has the highest percentage of Canadian players of any professional league in the country, with 75% of its current rosters being Canadians. Players bring experience from the NBA, NBA G League, top international leagues, the Canadian National team program, and top NCAA programs as well as U SPORTS. The only First Division Professional League Partner of Canada Basketball, the CEBL season runs from May through August. The CEBL became the first professional basketball league in the world to use the Elam Ending in FIBA competition, when it incorporated the innovative conclusion into all of its games during the 2020 CEBL Summer Series. Head to CEBL.ca for more information or follow us (@cebleague) on Instagram, Twitter, TikTok, LinkedIn, Facebook & YouTube. 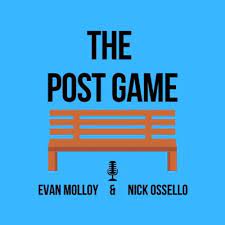