“Back Tap”: how to find the hidden iPhone function

Some iPhone users may not even be familiar with the accessibility features contained in iOS. Apple hides a number of useful extensions in there that can help with the use of the smartphone in everyday life. But even if you might think that you don’t need any help with the operation, there are some features you should know. In the end, they could be really helpful.

One of these cases are the options that Apple has hidden in the “Back Tap”. Apple introduced this feature with the release of iOS 14 and has been extensively tested by beta testers for months.

Behind the “Back Tap” Apple gives the possibility to activate many functions of the smartphone by double or triple tapping on the back of the iPhone.

The choices are very extensive. Not only can integrated iOS functions, such as taking a screenshot, be simplified by double-tapping on the back of the phone. Apple also allows you to select a shortcut that you have created in the corresponding Shortcuts app. This makes the possibilities almost limitless.

“Tap on back”: how to activate it

Opens the settings on the iPhone and selects “Accessibility” there

Selects here under “Physical and Motor” the item “Touch”

At the very bottom you will find the item “Back Tap”

“Back Tap” is hidden in the depths of the iOS 14 accessibility features. / © NextPit

The desired function can now be selected in the overview

Apple offers a long list of prepared possibilities, which can be extended considerably by Shortcuts.

The list of actions that can be activated by double or triple tapping on the back of an iPhone is very extensive. / © NextPit

The selected function can be activated after selection on the home screen, within an app or even directly from the lock screen.

When testing the function, some users have noticed that the recognition or differentiation of two or three touches on the back does not always work perfectly. In addition, depending on how the smartphone is used, it is possible that one of the two functions may be activated unintentionally. You may have to get used to the feature after setting it up. 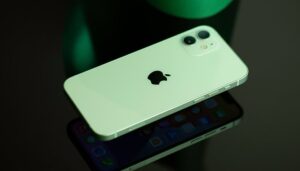