Thanks to Project Treble, Android Oreo could ring in a new era of Android mods and custom ROMs. Since reverse engineering is no longer necessary to get the camera, fingerprint sensor and other components working, you can completely change the software on Oreo smartphones in no time.
Post Views: 67
PrevPrevious
NextNext

For Modders, Project Treble is the Revolution

The new rules of the game that Google has thus imposed on smartphone manufacturers are groundbreaking in the modding community, because not only does it do away with a lot of aggravation with incompatible hardware, it also means that system images that are created once are compatible with numerous smartphones, making them interchangeable.

This is already reflected in a new structure on the XDA Developers forum. Instead of device sub-forums for Google Pixel, Honor 8 Pro, Essential Phone or Sony Xperia XZ1, ROM developing is bundled in a collective sub-forum for Treble-Enabled Devices.

Sony’s new devices are already being released with Android Oreo and are therefore Treble-compatible. / © NextPit

Multi-ROMs are becoming a reality. Numerous developers that until now have only been able to work on one device can now collaborate with developers more efficiently on other devices, which is a boon for the quality of third-party ROMs.

A bit of work still needs to be done

Of course, Treble does not solve the problem of locked bootloaders and the loss of warranty that often comes with unlocking them. We will continue to deal with shenanigans if we want to freely choose the software for our devices, but at least there are enough manufacturers like Sony, OnePlus, LG or HTC that at least partially support bootloader unlocking and set a good example.

The Huawei Mate 9 is one of the first test devices for Treble-based custom ROMs. / © NextPit

Treble Will Not Come Via an Update

Devices that are released to market with Android 8.0 Oreo have to fully support Project Treble and HIDL. Devices that are slated to receive an update to Android 8.0 Oreo are not subject to this obligation. Since a re-partitioning of the flash memory is necessary for Project Treble, it’s likely that nearly all manufacturers do not want to bring it to existing devices via an update.

One positive example of the contrary is demonstrated by Huawei with its Mate 9. Here, the system hardware drivers are swapped into the new vendor partition and coupled to the system according to Project Treble. It is one of the first devices that has been successfully used for testing Treble custom ROMs.

Project Treble is certainly not a liberation in the sense of free software. The amount of freedom is naturally much greater via an alternative ROM, but there is still a lot of closed-source software in the new vendor partition. Taking a look inside is outside of our control, and it’s practically impossible to control the activities programmed therein as well.

If you truly want a free smartphone, your only choice is to wait for the Purism Librem 5, which is slated to be available with mainly openly documented hardware and software and contain physical switches for all other components. 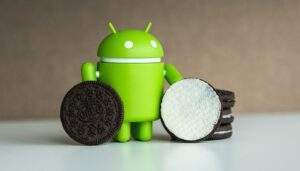