What is Cardano and how does it work?

Cardano is based on the principles of scalability, interoperability, and regulatory compliance. It was launched as an alternative to Bitcoin’s relatively poor network performance and Ethereum’s lack of scalability.
Post Views: 1,033
PrevPrevious
NextNext

Cardano is based on the principles of scalability, interoperability, and regulatory compliance. It was launched as an alternative to Bitcoin’s relatively poor network performance and Ethereum’s lack of scalability.

Cardano is known in the cryptocurrency community as an ambitious project with a rigorous approach to development – for example, the protocol’s Ouroboros Proof-of-Stake consensus protocol has been subject to academic peer review. Thanks to its blockchain architecture, Cardano uses less than 0.01% of the energy consumed by Bitcoin, as reported by the University of Cambridge.

Cardano was initially envisioned by Charles Hoskinson, one of the initial founders of the Ethereum project. However, Hoskinson left Ethereum as he did not share the team’s vision for the future direction of the project. After leaving Ethereum, Hoskinson founded IOHK, a blockchain infrastructure company and the primary developer of Cardano.

While the initial development on Cardano started in 2015, it wasn’t until 2017 that the network launched after raising more than $62 million in the ICO campaign. In total, the project held five separate fundraising events between 2015 and 2017 and sold nearly 30 billion ADA in the process.

Cardano’s road map is divided into five major phases, with each focusing on a specific aspect of the Cardano protocol. Here are the phases listed from first to last:

After the successful completion of the goals set out in the five road map phases, Cardano will be a completely decentralized blockchain ecosystem, no longer under IOHK’s management, and will feature advanced scaling and governance features on top of interoperable smart contracts.

Soon after first entering circulation following the ICO campaign, the price of Cardano has solidified the ADA token in the upper echelons of blockchain projects. ADA’s early market success could be in large part attributed to the ICO craze of late 2017 and early 2018, which saw numerous tokens reaching multi-billion dollar valuations.

During the ICO phase, roughly 25.9 billion ADA tokens were made available to investors participating with Bitcoin at the initial ADA token price of $0.0024. The Cardano team successfully hit its fundraising goal of $62,240,000. Shortly after it started trading, Cardano’s price shoot up to $0.03 and went on to hit $1.20, valuing the project at almost $32 billion. Since then, the Cardano project retained its high ranking on the list of largest market cap digital currencies.

For a glimpse into a potential future ADA price movement in addition to the Cardano live price, you can follow our algorithmically generated Cardano price predictions that take into account ADA’s current price and a number of market indicators, including Fear & Greed Index, market sentiment, overall volatility, and more. You can also check the up-to-date market rate of 1 ADA to USD via our handy crypto-to-fiat and crypto-to-crypto conversion feature.

The market capitalization of ADA shot well into the multi-billion dollar territory shortly after the token entered circulation in late 2017. Since then, Cardano has never relinquished its position among the largest market cap coins.

Here’s what the ADA market cap data tells us about the most notable Cardano market cap milestones:

The supply of ADA tokens is capped at 45 billion, which is in principle similar to Bitcoin and its artificially capped supply of 21 million. The Cardano team has made 57.6% of the maximum token supply available in the initial coin offering, meaning that initial investors were able to obtain approximately 25.9 billion ADA in the token sale.

The remaining 19.1 billion tokens, which represent 42.4% of the total ADA token supply, were reserved for staking rewards issued to network validators who are responsible for securing the network and generating new blockchain blocks. Since ADA has a fixed token supply, the cryptocurrency is subject to deflationary mechanics.

The most important Cardano milestones

Being one of the largest and most ambitious projects in the sector, Cardano has reached several notable milestones and forged a number of high-profile partnerships since the network launched in 2017. Here is a list of important dates and events in Cardano’s eventful past: 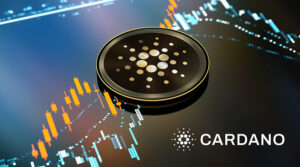