Machine learning: everyone’s talking about it but what is it?

The human mind has a limit on the amount of data it can collect and manage, but machines are capable of dealing with this much better than us. So now we're trying making machines even smarter by allowing them to learn for themselves, but to what end?
Post Views: 43
PrevPrevious
NextNext

What is machine learning?

Machine learning (sometimes called “automatic learning” or “intelligent learning”) is, as the name suggests, about making a machine or system capable of learning on its own. This marks a significant divergence from classical computer programming, which consisted of a human giving an order and the machine executing the order. In machine learning, the machine is able to adapt to situations and thus learn for itself. For this to happen, it’s not just about software algorithms but hardware components that can hold their own are also very important, such as the TPU chip announced by Google during the Google I/O last week.

Human intervention in programming is not perfect because the evolution of a program (the addition of new rules) can cause conflicts with the existing code, resulting in instabilities. If a system does the “evolving” on its own, it won’t do anything stupid (in theory…). Having said that, machine learning is being developed in many other fields, which we will come back to later.

What is the difference between machine learning and artificial intelligence?

Although machine learning and Artificial Intelligence aren’t totally different concepts, they aren’t exactly the same either. Machine Learning can be summarized as the ability of a machine to adapt to situations and evolve on its own. In a sense, it’s one of the processes necessary for artificial intelligence, which, in turn, is an autonomous system.

Let’s take the example of an autonomous car – so a car that can go from point A to point B in accordance with the highway code. This involves artificial intelligence because the machine is able to adapt. Had it been programmed to learn and observe in order to adapt to traffic or different situations, then this would be machine learning. If it had been programmed to follow billions of predefined rules that remain fixed until there is an update, then that would have been artificial intelligence without machine learning.

Obviously, machine learning holds the highest potential for improving artificial intelligence and it provides us with a device that works in the long term.

What’s the point of machine learning?

The main point of machine learning is to allow a computer system to react on its own to protect itself or a network from cyber attacks. There are many advantages to this, including that computer scientists no longer have to be connected at the time of the attack to deal with the problem. Like many other modern technologies, machine learning is meant to eventually go mainstream for anyone to use and not remain oriented towards a niche audience only.

This is the route that machine learning is aiming for, being used in different sectors that, as you can imagine, have more in common than initially meets the eye. During the Google I/O keynote last week, Google explained that it uses this concept in its Google Photos app. The latter learns from how you use the app and obviously uses the data available on your phone (photos, names etc) and tries to offer you the experience it thinks you expect from it.

Google’s strategy is not limited to Google Photos: its strategy is to consolidate most (or perhaps all?) of its services. The face of this strategy is obviously that of artificial intelligence: the Google Assistant. The Assistant learns from everything it observes and Google’s ecosystem only enhances the quality of information available (and therefore the potential for adaptation).

Google Assistant tips and tricks: everything you need to know from beginner to expert

“It’s tempting to dismiss the notion of highly intelligent machines as mere science fiction. But this would be a mistake, and potentially our worst mistake in history. […] Unfortunately, it might also be the last, unless we learn how to avoid the risks”. This is what physicist Stephen Hawking thinks of artificial intelligence which, let us remind you, is the culmination of machine learning. The consequences of this technology are therefore significant but it is necessary to keep some elements in our line of sight.

By definition, machine learning learns, so if it aims to learn about you (as is the case with Google), we should of course ask ourselves ethical questions, thus entering into conflict with modern pragmatism. Is it acceptable that someone (or rather something) can access so much information about us? As my colleague Hans-Georg pointed out, we shouldn’t forget that Google and several US agencies (government departments) also have access to these data.

Another angle to be considered is the impact this may have on society. As my colleague Stefan pointed out in his impressions of the Google I/O, the Google Assistant is becoming a kind of “center”, a single point of contact for all your actions (asking for directions, ordering food, etc.). Aside from the consequence on our social interactions (which we will only be able to see the effects of in the long term), we can also consider the concept of “a machine that thinks”, could this technology replace humans? I don’t mean this as science fiction but rather from a professional perspective: machines already replace humans for many tasks, machine learning could continue pushing this momentum. Moreover, Google is very conscious of the effects this will have on employment since the firm also took the opportunity at the Google I/O to launch its new Google Jobs service, a job-seeker portal.

So in conclusion, let us not forget an obvious fact: technology obeys the rules of the one who creates it. If it can be used for good, it can be used for evil. Of course, we’re not living in the Terminator, a (machine-driven) universe, but cybernetic conflicts could well evolve in a completely different way.

In short, the machine learning system is very useful and has a long future ahead of it, but the time saving and effort saving that comes with it should be taken lightly. 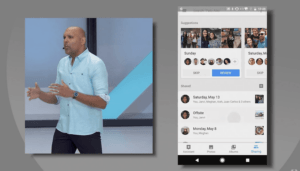