It Works! Reflects on Past 20 Years, Driving Significant Local Business

It Works! celebrated this past year its 20th anniversary as a global beauty and wellness company by highlighting the continued growth of Manatee County in Florida, where its headquarters are located. In 2011, the company relocated to Palmetto when Manatee County was the eighth fastest-growing county in Florida.

“In addition to providing employment and attracting talent to the region, It Works! has made substantial capital investments that demonstrate the Bradenton area and the City of Palmetto’s viability as a headquarters location,” said Sharon Hillstrom, President and CEO of the Bradenton Area Economic Development Corporation.

Between 2010 and 2017, Manatee County was the 44th fastest growing county in the nation, according to the U.S. Census. During those seven years, nearly 62,700 people were added to the population, which was a 19.4% increase. This was enough to make Manatee County the sixth-ranked county in the state for percentage growth during that time frame.

“To say the company’s arrival 10 years ago was a game-changer would be an understatement,” said Elliott Falcione, Executive Director of Bradenton Area Convention and Visitors Bureau (CVB). “When It Works! arrived in 2011, the initial investments they made in their headquarters facility and grounds were significant. That alone prompted neighboring businesses to do the same, and a major section of Palmetto was revitalized almost overnight.”

With two decades of thriving as a leader in this space, It Works! maintains its commitment to placing product innovation at the core of its business strategy. By focusing on creating easily shareable, results-driven products, the company continues to empower people to earn extra income as Independent Distributors. Today, It Works! has a selection of more than 40 beauty, nutrition, and lifestyle products.

“Twenty years ago, we started with a crazy dream. We look back and see tremendous work and thousands of lives changed,” said Founder Mark B. Pentecost. “It’s incredible to see how far we’ve come, and as many people as we’ve helped so far, I have no doubt that the best is yet to come.”

It Works! received Platinum Status by the Consumer-Centric Recognition Program, which is hosted by Direct Selling News, back-to-back years in 2020 and 2021. The company has expanded into 23 countries and currently has more than 150,000 independent distributors worldwide.

“There’s really no way to quantify how much the company has brought to the Bradenton area during the past 10 years but, throughout it all, It Works! has been a tremendous corporate partner and has always stepped up to the plate when called upon,” Falcione said.

To learn more about It Works!, visit www.itworks.com.

It Works!, a Palmetto, Florida-based direct sales company that was founded in 2001, is known for its health and wellness lines with famed items like their Skinny Brew, a premium coffee. Their innovative product line includes nutrition, lifestyle, and beauty products, including collaborations from celebrities, such as the world-renowned Dr. Paul Nassif. It Works! has received countless awards and accolades. For five consecutive years, It Works! earned a spot on Inc. 500 and Inc. 5000’s list of “Fastest-Growing Private Companies in America.” In 2016, the company was ranked as a “Top 20 Fastest-Growing Direct Sales Organization in North America” by DSN Magazine. Direct Selling News honored the company in 2017 and 2018 with its “Best Place to Work” award, and in 2020 and 2021, It Works! received Platinum Status by the Consumer-Centric Recognition Program that’s hosted by Direct Selling News. The company has expanded into 23 countries and currently has over 150,000 independent distributors worldwide and maintains a debt-free status to date. With a strong brand culture founded in values of connection, friendship, fun, and freedom – It Works! continues to provide science-backed, real solutions for its community of entrepreneurs and consumers. 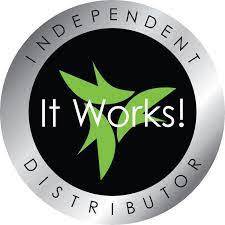