About Discrimination and Commercial Real Estate

It’s important for business owners to understand how they can be protected from discrimination when buying or leasing commercial properties, such as retail shops, office buildings, or warehouses.

How are residential buyers and lessees protected from discrimination?

The Fair Housing Act protects people from discrimination when buying, renting, or financing a home. It states that people can’t be discriminated against based on race, color, national origin, religion, sex (including pregnancy), age, or disability.

This means that an apartment landlord, for example, can’t refuse housing to a tenant because they practice a different religion. Or a mortgage lender can’t change the conditions of a homebuyer’s loan because they have a disability.

How are commercial real estate buyers and lessees protected from discrimination?

Discrimination on the basis of race in buying or selling commercial real estate is also a violation of the Civil Rights Act of 1866. The act states that “All citizens of the United States shall have the same right, in every State and Territory, as is enjoyed by white citizens thereof to inherit, purchase, lease, sell, hold and convey real and personal property.”

States and jurisdictions may also set their own anti-discrimination laws for commercial property transactions based on different factors, such as the number of units in a commercial building. Some states have enacted legislation that makes fair housing standards apply to all commercial real estate as well as housing. For example, New York State’s Anti-Discrimination Law groups together housing, land and commercial space under the same standards for discrimination.

Of course, it is often the case that when discrimination occurs or is suspected, it may be difficult to prove. Suspected cases of discrimination in commercial real estate lending, renting or other transactions should be brought to an attorney for a fuller understanding of the rights of the commercial buyer or tenant in their state and locality. 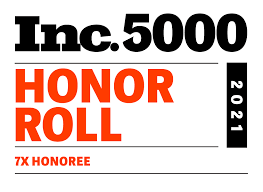