Whether you're talking about fitness trackers, smartwatches, connected clothing or wearables in general, you're likely to encounter some technical terms that you've never seen before. In this article, we’re going to try to explain the most common terms one by one. What does ‘Quantified self’ mean? What is Tizen? What is Android Wear? Well, read on and find out.
Post Views: 54
PrevPrevious
NextNext

This is a sensor used to measure three-dimensional linear acceleration and detect the movements of an object. In concrete terms, an accelerometer doesn’t detect a position but rather an acceleration on one of three axes: X, Y, Z. In addition to acceleration, this sensor can measure changes in speed and position.

This is an Android mobile operating system made by Google, which was specially designed for wearables. It runs on most smartwatches released by current manufacturers.

With Android Wear 2.0, you can install apps directly from the Google Play Store. / © NextPit

This is a sensor that can instantaneously determine your heart rate. Most wearables that offer this feature have an optical heart rate monitor. This is comprised of two elements: a source of light and a light sensor. By analyzing changes in lighting (variations in pressure from blood flow change the lighting), the sensor is able to determine your heart rate. However, the results aren’t always reliable, and here’s why:

Optical heart rate sensors have got my pulse racing, and not in a good way

This is a sensor that allows you to count your steps and measure distance traveled on foot. It is generally used for sports, walking or running.

Whether you call them connected bracelets, activity sensors, activity monitors, activity trackers or fitness trackers, these are small monitoring devices that you wear which keep track of your movements throughout the day. Depending on the type of sensor present on the device, the prices can vary enormously.

Android fitness trackers: how to pick the best one for you

This is a fitness tracker. / © NextPit

This is a sensor that allows you to measure orientation. Thanks to this sensor, the wearable device can measure changes in direction or changes in rotation speed.

The GPS or Global Positioning System is a sensor that allows you to determine a location by using several satellites in space.

A sleep monitor is a device that allows you to analyze your sleep (duration, quality, consistency, etc.). To do this, it generally uses a combination of sensors (accelerometer, heart rate monitor, gyroscope) to get a result. Most wearables sold today can provide you with two important sets of information: the duration of your sleep and the quality of your sleep.

NFC, or to give it its full name, “Near Field Communication”, takes the form of a chip that can exchange data with another chip of the same type by bringing phones into close proximity to each other. This technology is used as a public transport pass in some cities and is also present on certain wearables for making purchases.

SpO2 is peripheral capillary oxygen saturation. It’s a medical term that estimates of the amount of oxygen in the blood, meaning the percentage of oxygenated hemoglobin (containing oxygen) compared to the total quantity of hemoglobin in the blood.

On certain wearables, like devices from Withings, the SpO2 can be measured by pulse oximetry. As with the heart rate monitor, an SpO2 measurement can be determined by analyzing variations of a light passing through the finger, as the degree of oxygen saturation causes the blood to vary in color.

This is an operating system designed by Samsung. While it is available on some smartphones or TVs, it is mainly used on Samsung smartwatches.

The ‘quantified self’ is an activity that allows someone to measure their own physiological variables (nutrition, physical activities and sleep, for example) with the help of connected objects. These connected objects can be a smartwatch, a pedometer or, of course, a smartphone.

If you think of other terms that should be featured in this article, please feel free to add them in a comment below and we’ll include them as soon as possible. 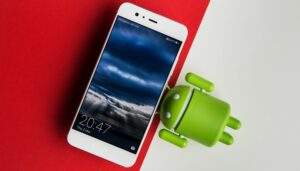